Did you know that you’re required to have the street number of your house clearly visible either on the house itself or on your mailbox? I remember reading that when I was researching how high to set my mailbox back in 2011 when I moved in. (There was an elderly lady who lived here before me who had a mailbox mounted on the house. I wasn’t allowed to use it since I’m able-bodied. I still have it displayed in my office though!)

Well, just because something is a necessity doesn’t mean it can’t be fun! 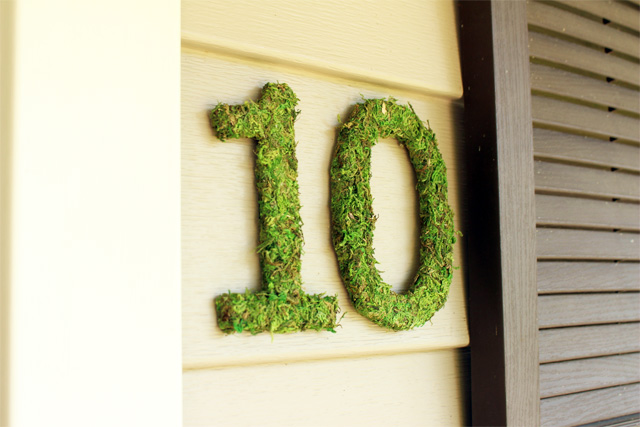 I used the same techniques used in this video to create them, just on a smaller scale.

First, I printed my numbers on the computer and scribbled on the backs of both to cover the entire outline of each number. 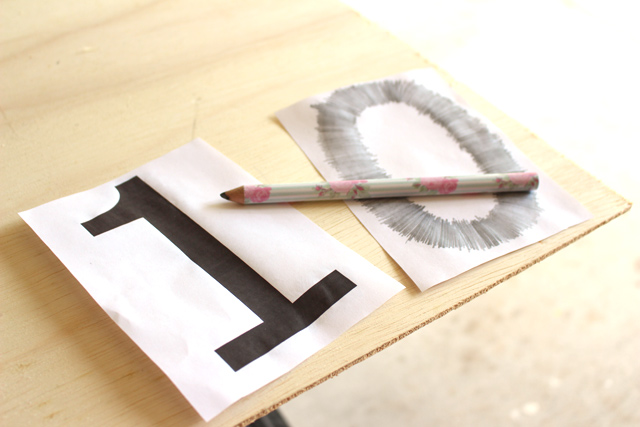 Then I traced them onto my 1/4″ scrap plywood. 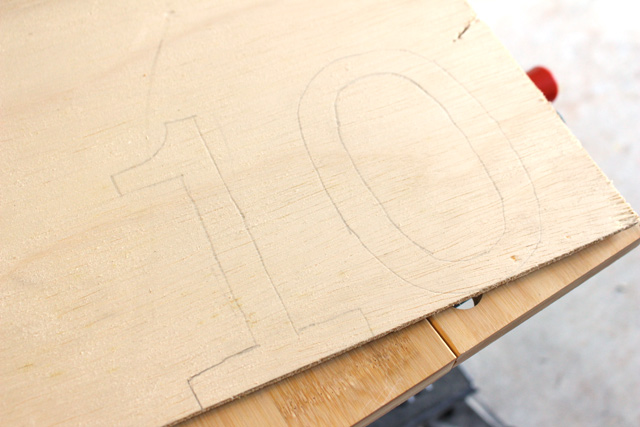 Everything was cut out using my jigsaw. A little advice. If you’re cutting out an ‘O’ or a zero, cut the circle in the middle out first so you don’t have to hold your letter or number while cutting it after the fact. I thought of this half-way through cutting the outside and realized it would be very difficult to hold or clamp the zero while also cutting the inside out. Whew! Crisis averted!

Fortunately I had some craft moss leftover from making a giant moss-covered ‘R’ last month. So I laid my numbers down and roughly cut them out. 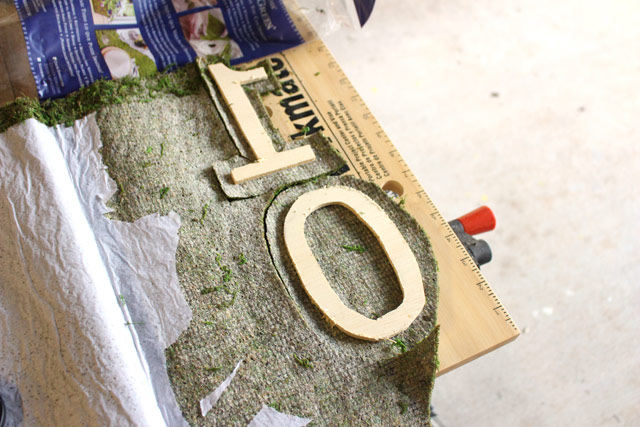 Using the same glue and clamps as the ‘R’, I slowly worked my way around each number until all sides had moss securely attached. Then I trimmed the moss along the back so it covered the sides, but didn’t overlap onto the back of the plywood.

Then I used my favorite lightweight hanging strips. 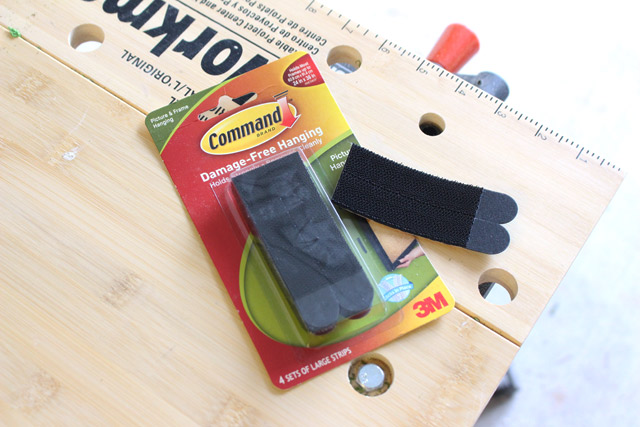 It’s essentially a hook and loop fastener with an adhesive back, but with a pretty strong bond. I used one set, cut in a few pieces, for both of my numbers. 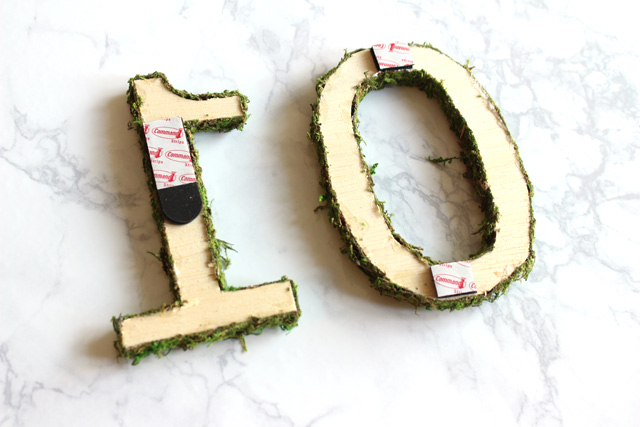 They don’t leave any residue when removing. Ideal for a temporary hanging situation like a dorm. (I should have bought their stock when I was in college!) I wouldn’t recommend them for hanging anything with glass! These are great for hanging canvases inside or, in this case, house numbers on the front porch. 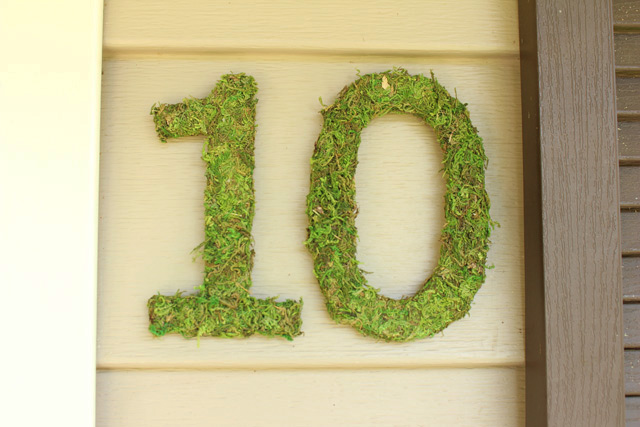 They fit perfectly in the small space of siding between my front door trim and the window shutter. 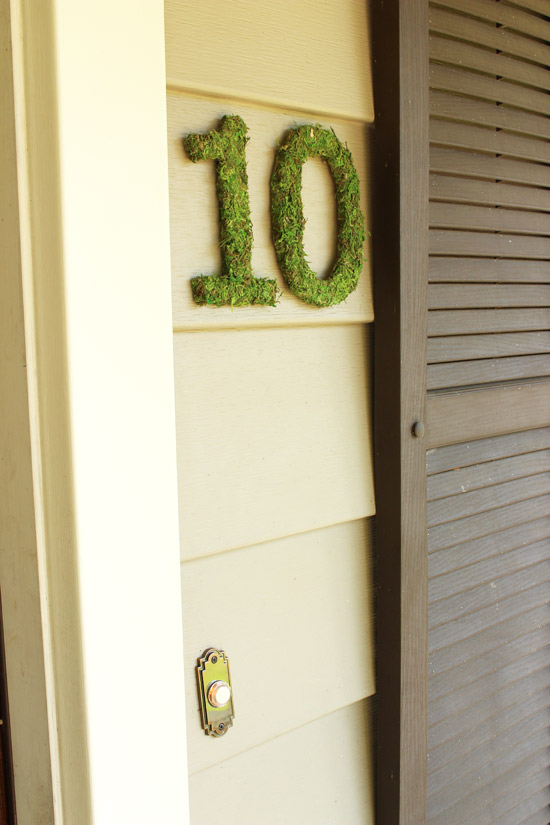 And they’re pretty visible from the street, making a beautiful, numerical statement. 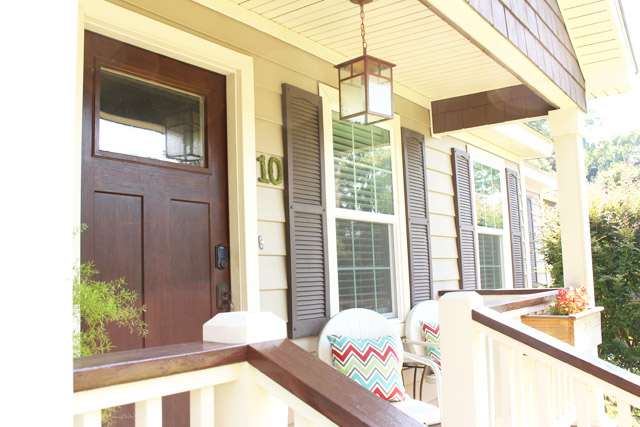 Friends, now there’s no excuse for not knowing which house is mine when you come over! 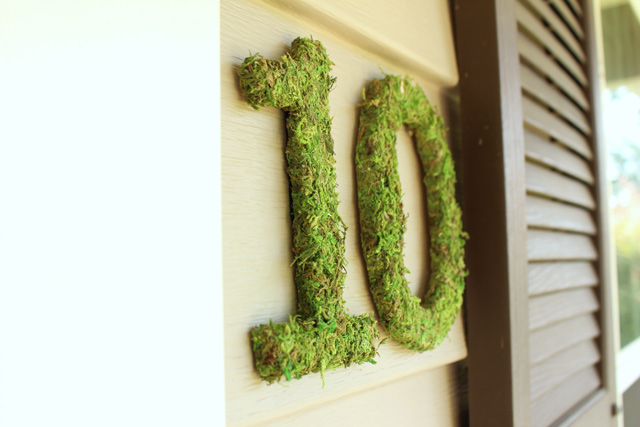 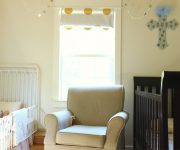 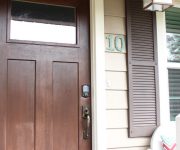 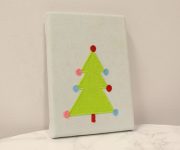