How to Repair an Extension Cord Yourself 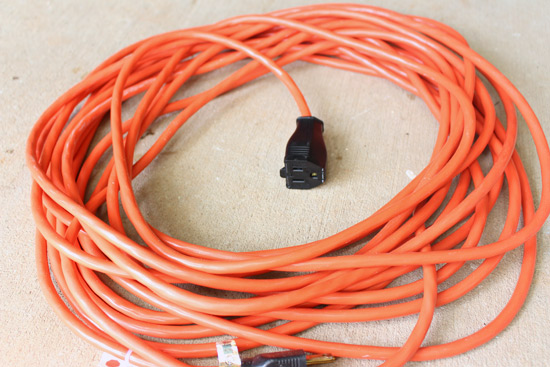 It costs less than $4 to repair an extension cord if it’s accidentally cut during use! And it doesn’t require any special tools or skills.

If the damage on your cord is nearest the female end, like mine, the part is readily available in the electrical aisle. The one I got was $3.29. (The male end replacement part is even cheaper!) 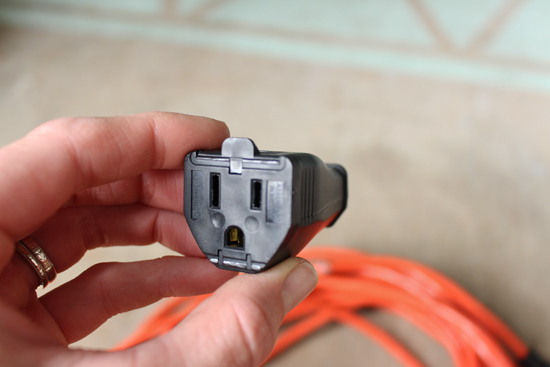 Obviously, make sure the cord isn’t plugged in first. Then cut through the cord right past the damaged area. 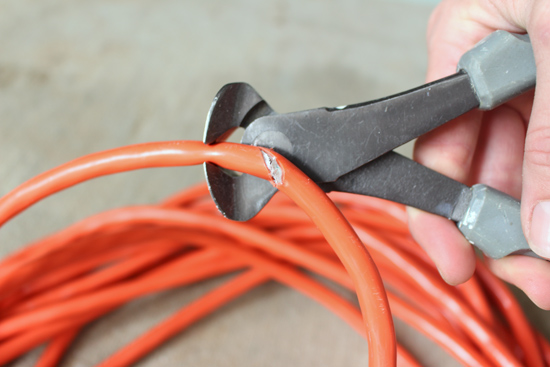 I just used some end cutting pliers* I’ve had for awhile (and use them for everything). I imagine you could use scissors or a razor knife too!

Now, cut about 2 inches down, but don’t cut all the way through. You want to cut and remove the orange cover, but not the wires inside.

The next part requires a little finessing, but it can still be done without wire strippers. You have to remove the sheathing on each of the 3 wires inside of the cord, without cutting the wires themselves! What I do is lightly and gingerly cut it about an inch down and then twist the cord in my clippers to score it all the way around. Then the sheathing should slip off. If you mess up and cut through a wire, you can cut further down the extension cord and start over.? 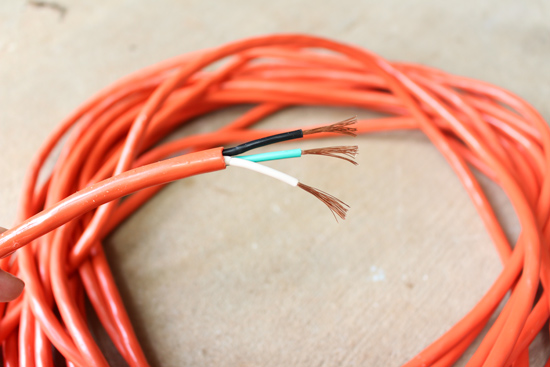 Finally it’s time to put it all back together. Twist the copper wires within each color around themselves before tucking them underneath the coordinating screw on the replacement end. Then tighten the screws. 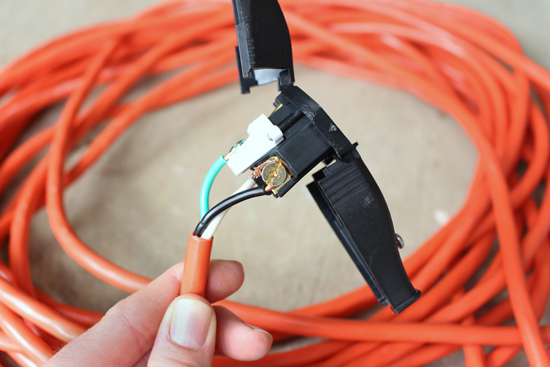 Once the wires are secure, make way for the screw housing to fit between the wires when you close it. 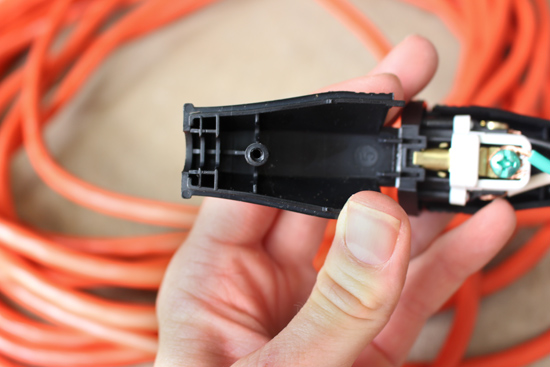 Reattach the screw on the outside, making sure the orange cord is snug in the opening. Test out your ‘new’ cord and you’re ready to go! 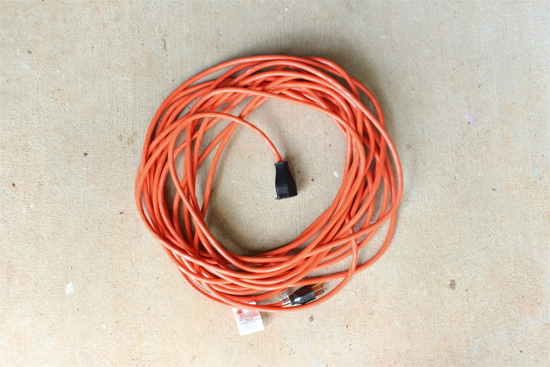 Now the reason my extension cord was damaged in the first place. I hired a high schooler to trim our Camellia bushes earlier this year. He accidentally cut the cord with the hedge trimmers. So I went and bought a new cord quickly so he could continue his work. No big deal, I knew I could repair the old one and then I’d have 2 extension cords.

Then a few months later, my husband was trimming some other bushes in our yard and cut my new extension cord! Ahh! So that motivated me to fix them both at the same time. I now have 2 working extension cords and neither one of those men are trimming anything in my yard again.? 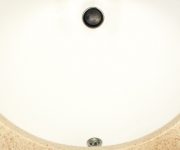 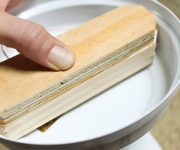 Welcome home Baby Clara! We love you so much alrea

Monogrammed washcloths and clear hooks was an inex

She’s a Brick. House. Who went through mighty mi

Still pregnant over here🙃Just finished up these